Integration Within Google+ Drives The Social Platform Past Twitter

Since I've been on an integration and convergence binge, I wanted to point out the source of success for Google+. Yup you guessed it...its integration. Rather than re-writing the news post, I've posted two links to blog posts that neatly lay out how the integration of Google products helped its social site overtake Twitter. Products such as Hangouts, Gmail, Drive and of course Search are key to G-plus's growth. Let's wait and watch the impact of integrating Google Keep (Google's latest product; similar to Evernote) in to the Google ecosystem.

Google+'s growth has significantly increased some key social networking behaviors on its site, leaving Facebook and Twitter in the dust. 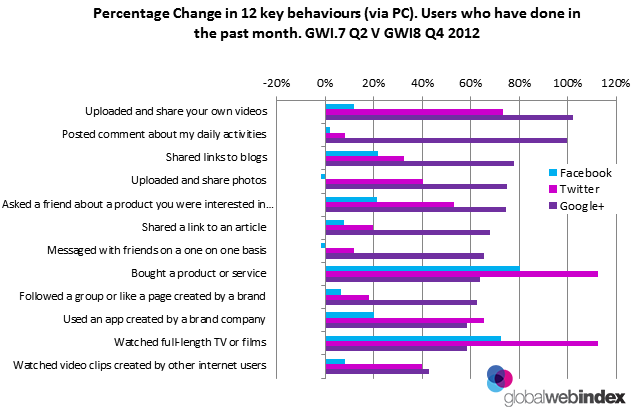